Happy New Year! Thanks for joining us today at Riv! Check out the links above to stay connected with what’s going on. 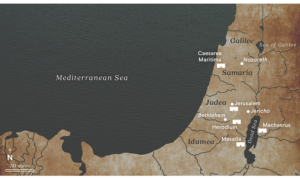 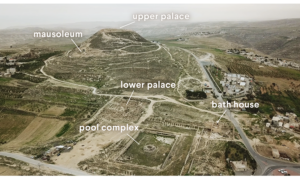 When I considered all that I had accomplished and what I had labored to achieve, I found everything to be futile and a pursuit of the wind. There was nothing to be gained under the sun.

After Jesus was born in Bethlehem of Judea in the days of King Herod, wise men from the east arrived in Jerusalem, saying, “Where is he who has been born king of the Jews? For we saw his star at its rising and have come to worship him.” When King Herod heard this, he was deeply disturbed, and all Jerusalem with him. So he assembled all the chief priests and scribes of the people and asked them where the Messiah would be born. “In Bethlehem of Judea,” they told him, “because this is what was written by the prophet: And you, Bethlehem, in the land of Judah, are by no means least among the rulers of Judah: Because out of you will come a ruler who will shepherd my people Israel. ”

Then Herod secretly summoned the wise men and asked them the exact time the star appeared. He sent them to Bethlehem and said, “Go and search carefully for the child. When you find him, report back to me so that I too can go and worship him.” After hearing the king, they went on their way. And there it was — the star they had seen at its rising. It led them until it came and stopped above the place where the child was. When they saw the star, they were overwhelmed with joy. Entering the house, they saw the child with Mary his mother, and falling to their knees, they worshiped him. Then they opened their treasures and presented him with gifts: gold, frankincense, and myrrh. And being warned in a dream not to go back to Herod, they returned to their own country by another route. After they were gone, an angel of the Lord appeared to Joseph in a dream, saying, “Get up! Take the child and his mother, flee to Egypt, and stay there until I tell you. For Herod is about to search for the child to kill him.” So he got up, took the child and his mother during the night, and escaped to Egypt. He stayed there until Herod’s death, so that what was spoken by the Lord through the prophet might be fulfilled: Out of Egypt I called my Son. Then Herod, when he realized that he had been outwitted by the wise men, flew into a rage. He gave orders to massacre all the boys in and around Bethlehem who were two years old and under, in keeping with the time he had learned from the wise men. Then what was spoken through Jeremiah the prophet was fulfilled: A voice was heard in Ramah, weeping, and great mourning, Rachel weeping for her children; and she refused to be consoled, because they are no more.

The true test of a civilization is the way it treats its most helpless members. – Pearl Buck

For while we were still helpless, at the right time, Christ died for the ungodly.

After Herod died, an angel of the Lord appeared in a dream to Joseph in Egypt, saying, “Get up, take the child and his mother, and go to the land of Israel, because those who intended to kill the child are dead.” So he got up, took the child and his mother, and entered the land of Israel. But when he heard that Archelaus was ruling over Judea in place of his father Herod, he was afraid to go there. And being warned in a dream, he withdrew to the region of Galilee. Then he went and settled in a town called Nazareth to fulfill what was spoken through the prophets, that he would be called a Nazarene.

Remember that the LORD your God led you on the entire journey these forty years in the wilderness, so that he might humble you and test you to know what was in your heart, whether or not you would keep his commands. He humbled you by letting you go hungry; then he gave you manna to eat, which you and your ancestors had not known, so that you might learn that man does not live on bread alone but on every word that comes from the mouth of the LORD. Your clothing did not wear out, and your feet did not swell these forty years. Keep in mind that the LORD your God has been disciplining you just as a man disciplines his son.

He led you through the great and terrible wilderness with its poisonous snakes and scorpions, a thirsty land where there was no water. He brought water out of the flint rock for you. He fed you in the wilderness with manna, which your ancestors had not known, in order to humble and test you, so that in the end he might cause you to prosper.

Be careful that you don’t forget the LORD your God by failing to keep his commands, ordinances, and statutes that I am giving you today. When you eat and are full, and build beautiful houses to live in, and your herds and flocks grow large, and your silver and gold multiply, and everything else you have increases, be careful that your heart doesn’t become proud and you forget the LORD your God who brought you out of the land of Egypt, out of the place of slavery.

You may say to yourself, ‘My power and my own ability have gained this wealth for me,’ but remember that the LORD your God gives you the power to gain wealth, in order to confirm his covenant he swore to your ancestors, as it is today. If you ever forget the LORD your God and follow other gods to serve them and bow in worship to them, I testify against you today that you will certainly perish. Like the nations the LORD is about to destroy before you, you will perish if you do not obey the LORD your God.

When God prospers you in business, and takes away sickness, and removes cause of sorrow, it sometimes happens that the evil of forgetting God begins with an almost imperceptible alienation of heart from him.
You do not notice it; you would be very grieved if you did; but your heart begins to grow cold, and the love to your Lord, that once burned in your soul, is not as fervent as it used to be, and this condition of spirit very speedily shows itself in increasing fondness for worldly things. To have riches may be a blessing to you; but for the riches to have you, must be a great curse to you. There are some, who have abundance of temporal things given to them, and they make a good use of them, so they may be thankful for them; but there are others, who are carried away by these temporal things, which thus become the source of all sorts of calamities. A man may have a fine house and a beautiful garden, and he may be thankful for them; so far, so good: but he may fall into the sin of making a heaven of that house and garden, and so they will be the cause of sin. He may be wealthy, and that will be a good thing if he uses his money aright; but, by-and-by, he may begin to feel that the one thing worth living for is to have money, and that will be an evil. If you have acquired a certain amount of money, and you feel that you are a person of importance simply because you have so much wealth, you are putting earthly things into the place which God alone should occupy. – Charles Spurgeon

You are currently viewing service at