The True Greatness of Humility 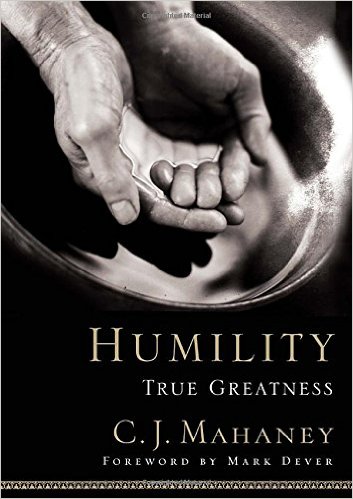 All throughout Scripture we see examples of humility and the Biblical mandate for us to live humbly before God and before others. On one hand, humility is an extremely desirable trait. We all would say that we want to be humble—or at least we would want to be thought of as being humble in our lives and in our leadership. But how often do we give any attention to what being humble means, let alone consider what it takes to grow in humility?

I want to share some excerpts from a book by C.J. Mahaney called Humility: True Greatness. Our desire as Christ followers should be to live a life of humility before God—who paid dearly to make us His children—and also to reflect Jesus’ humility before others by living our lives for the benefit of others, and not for ourselves.

“In place of true humility we learn certain words or phrases that we believe make us sound humble: ‘Oh, really, it was nothing’ or ‘Anyone could have done it.’ We cast our eyes down and shrug our shoulders or maybe even blush. Of course, we don’t really mean it […] inside we’re congratulating ourselves for how humble we look and feel. We want that reputation but don’t know how to get to the reality. Like children playing dress-up in their parents’ clothes, we’re only acting humble; none of it really fits us.” (p. 9-10)

On Drawing the Gaze of God

“In a culture that so often rewards the proud—a world quick to admire and applaud the prideful, a world eager to bestow the label ‘great’ on these same individuals—humility occasionally attracts some surprising attention. But—in God’s gaze, it appears, is open acknowledgement of humility’s value—recognition that humility works, that it goes far in building respect for those who have it and in inspiring trust and confidence from people around them. But, what is really more astonishing is this: Humility gets God’s attention. In Isaiah 66:2 we read these words from the Lord:

This is the one to whom I will look: he who is humble
and contrite of spirit and trembles at My Word.

“If we understand the background of this passage, we find even richer meaning. Here God is addressing the Israelites, a people with a unique identity. Chosen by God from among all the nations on earth, they possessed both the temple and Torah – the Law of God. But they didn’t tremble at His Word. In a sense they had everything going for them except what was most important. They lacked humility before God.”

“So in this passage, God is His mercy is drawing their attention away from their prideful assumption of privilege as His chosen people and away from their preoccupation with the trappings of religion. These things don’t attract His active and gracious gaze. But humility does.”

“James 4:6 tells us ‘God….gives grace to the humble.’ Contrary to popular and false belief, it’s not ‘those who help themselves’ whom God helps; it’s those who humble themselves. This is the promise of humility. God personally supports the humble.”

“What is humility? Our definition of humility must be biblical and not simply pragmatic, and in order to be biblical….it must begin with God. The following definition can help us:

Humility is honestly assessing ourselves in light of God’s holiness and our sinfulness.

Without an honest awareness of both these realities, all self-evaluation will be skewed and we’ll fail to either understand or practice true humility. We’ll miss out on experiencing the promise and the pleasures that humility offers.” (p. 17-22)

On Claiming Our Own Importance

“Pride was especially evident in the disciples’ documented pursuit of personal greatness and recognition. This pursuit wasn’t subtle, and it doesn’t appear to be occasional. By their accounts, it was pronounced and apparently continuous.”

“Notice, what we learn in Mark 9 when the disciples and Jesus were traveling together. ‘They came to Capernaum. When He was in the house, he asked them, “What are you arguing about on the road?”‘ (Mark 9:33) But the disciples ‘kept silent’ – no doubt from embarrassment and shame, ‘for on the way they had argued with one another about who was the greatest’ (v. 34). Men who were receiving intensive training from Jesus, the ultimate example of humility and servanthood, were embroiled in a full-scale dispute about their relative superiority to each other. Jesus knew their hearts, just as He knows ours. So He immediately and insightfully addressed their selfish ambition: “And he sat them down and called the twelve. And he said to them, “If anyone would be first, he must be last of all and servant of all”‘ (Mark 9:35). Jesus was radically redefining greatness. But His point apparently didn’t sink in.”

“In Mark 10 we find the brothers James and John approaching the Savior apart from their fellow disciples. In apparent agreement with each other about their own greatness, these two brothers bring to Jesus a special request. Apparently John and James think the Savior shares their lofty assessment of themselves, because there’s absolutely no lack of confidence evident in what they ask. ‘Teacher,’ they say to Him, ‘we want you to do for us whatever we ask of you.’ Jesus asks them what they desire. They answer, ‘Grant us to sit, on at your right hand and one at your left, in your glory’ (Mark 19:35-37). They undoubtedly assumed such a prominent place for them is appropriate in light of their obvious superiority: ‘Let’s settle this greatness issue now,’ they seem to be saying. ‘Who’s the greatest? We are the greatest! And Master, we want You to acknowledge this fact by letting us sit on Your right and on Your left!’”

“The prideful desires of their hearts are on full display. There is nothing subtle about their request. They’re not asking for faith to endure His suffering. They’re not asking for the privilege of supporting Him in and through His suffering. They want the respect, the acclaim, and the importance. In their pride-dominated hearts, Jesus is just a means to their end of personal exaltation.”

“Can you see yourself in this story? It’s easy for us at times to disdain the disciples and fail to recognize our face in their portrait. They argued on the road about who was the greatest; we may not openly argue about this, but don’t we engage in the same debate every day in our private thoughts? If you’re like me, you compare yourself to others and look for opportunities to claim greater importance than them, just as the disciples did”” (p. 39-42).

Let’s allow God’s truth to permeate our lives in every aspect of living, so He might truly be honored as we seek to live humbly before Him and others.